Despite the name, any discussion of hot dogs in North Carolina, and more specifically, Greensboro, Yum Yum's name is sure to come up.

I'd heard about the establishment for many years. Last Saturday, bored with the pandammit, my husband and I decided to try a couple of NC Scenic Byways around Durham. We took the Football Road from Chapel Hill to Greensboro; and for a meandering ride home, the Colonial Heritage Byway.

We got to Greensboro a bit past lunchtime and hungry. Not wanting to rely on a quick drive-through chain, we decided to give Yum Yum a try. We plugged the address in the GPS and were there in minutes.

Curbside pickup and online ordering would have been better, or an exterior ordering window... But at least outdoor seating was plentiful, and the weather was perfect for dining al fresco. It wasn't too crowded, and folks were generally social-distancing.

Even inside, the staff were all masked, as were all but one of the customers. People seemed to consciously avoid violating one another's space.

We ordered a couple of dogs each and a can of diet Dr. Pepper and Diet Mt. Dew. Yum Yum serves Pepsi products in cans--and Cheerwine in bottles.

Service was quick and efficient.

My husband, not being from around here, still prefers his hot dogs with mustard and relish. Of course, mine were real Carolina Hot Dogs. If you want relish, they give you condiment packets for you to add your own.

Anticipation made me begin to drool a bit as I unrolled my first dog to see the familiar mix of mustard, slaw, chili, and onions. The slaw was tangy and sweet, and the onions a bit sharp. The chili was there, but it seemed overshadowed somewhat by the slaw and onions. Respectable if not remarkable. 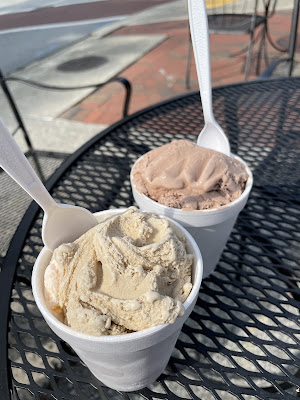 We also decided to try the "better" ice cream. I had coffee and peach, and my husband had chocolate. To be honest, neither of us were impressed. The flavors were muted--mostly just cold and sweet, not that cold and sweet is bad... but better than what?

While not my favorite hot dog, it was fairly satisfying and might just hit the spot when you're craving a Carolina dog.

Posted by CarolinaHotDog at 11:28 AM No comments:

I’ve been going to the Dog House for years, literally since the first one opened back when I was about 9 years old. I should have featured the Dog House sooner; better late than never.

It’s a cute theme. The building looks like Snoopy’s dog house. Trash cans are fire hydrants and mailboxes. And the hot dogs have names like Collie, Puppy, Ol’ Yallow, Boxer, German Shepherd, and my favorite, the Bull Dog. They used to have a Chiahuahua, my second favorite, but I haven’t see those in a while. 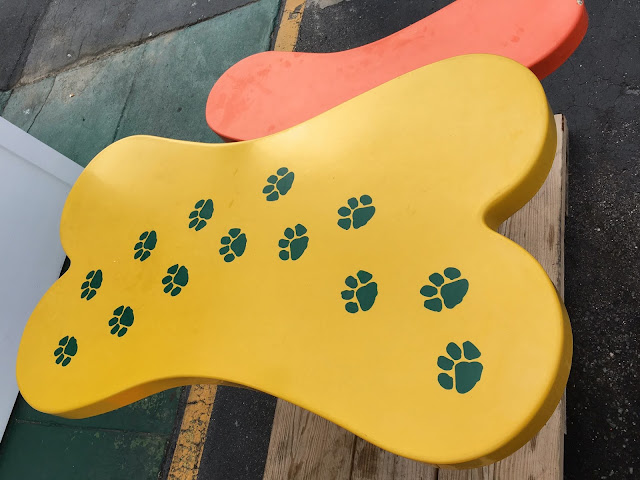 I grew up in Bahama, and on Friday nights, it was a big deal for us to “go to town.” Lots of times, we’d visit family or shop in downtown Durham before Belk, Thalhimer’s, and all the other stores moved from the center of the city to the malls in suburbia.

On these trips, we’d “eat out,” and that usually meant grabbing a hot dog at King’s Sandwich Shop or the newcomer, the Dog House. I loved the Dog House back then. And I’ve loved it throughout the years.

When I was a kid, the only location was the Miami Boulevard spot. 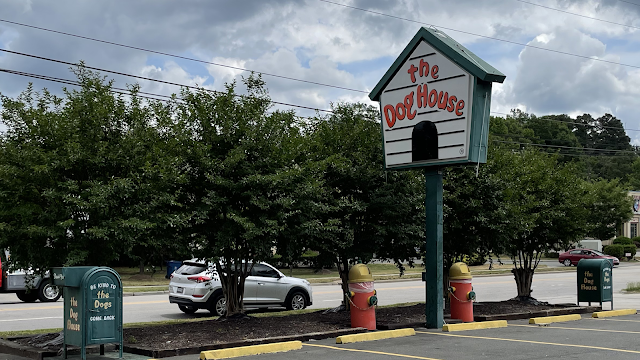 When I was in working in a grocery store on weekends in college, the Guess Road location was my favorite. Back then their employees stuck around, and I remember watching several familiar faces age through the years--always delivering awesome Bull Dogs, my dog of choice.

For a while, my grocery store transferred me, and I lunched on Miami Boulevard, at the location of my childhood.

Later, when I worked at a software company in Morrisville, I’d grab a satisfying lunch at the now-departed Dog House on Airtech Drive. After that closed, I’d sometimes make the trek to the one closer to the intersection of NC54 and NC55 on Allendown Drive.

I even remember when one Dog House sat near where the Durham Farmers’ Market stands now.

According to their website, now they have locations in Hillsborough and Kinston. There’s even one in North Durham, near where I went to high school.

The most convenient Dog House for me is the one on Hillsborough Road. I like that it has a drive-thru window. Sadly, it's not my favorite.

For most of my life, I found their hot dogs to be near the best one could get.

As time goes on, things, change. That’s true for the Dog House, as well.

I noticed that sometime in the last 10-15 years, their dogs changed. Gone were the older ladies who served me great dogs over the years. And along with them, some of the magic also disappeared.

It’s hard to put my finger on just what changed.

Until the past decade or so, I never got a wrong order, but I’ve gotten my dogs home upon occasion to find poor hot dogs smothered in a nasty cheese sauce with fake bacon bits—something I’d never order. Other times, I’d pay for a quart of slaw and find I received a pint.

It’s not just the accuracy, the look and taste seem to have changed, as well.

I think it’s mainly the care. It all seems to have happened when they stopped wrapping the hot dogs in the white tissue paper and started using an unbleached, thicker paper, but I doubt it was the paper that caused the change. The slaw doesn’t seem as fresh—and I really loved their slaw.

Maybe it’s just because I’m older and have romanticized my earlier experiences. But I’m not so sure.

Despite all that, I still find myself hankering for a couple of Bull Dogs. And sometimes, I give in. I gave in a couple of weeks ago—and I decided to go back to where I first experienced the Dog House: Miami Boulevard.

I ordered two Bulls and a large fry.

Despite being wrapped in the new, unbleached paper, my dogs were pretty darn good. I wouldn’t say they were as good as my memory, but they were pretty decent. And the fries were delightful. These fries are beautiful crinkle-cut fries. The salt sparkles on them, and they’re best when they slightly burn your fingers. The slaw isn’t quite as delightful as I remember, but it was homemade, and that’s the key to a good Carolina dog.

I think the original location is the closest to what I remember as the Dog House I grew up with.

Posted by CarolinaHotDog at 5:28 PM No comments:

What a great find!

I had assumed the old Wimpy's Grill location was still a vacant building. Then I happened across a listing for the Durham Filling Station and realized it opened in that spot a bit over a year ago. With their awesome curbside service, I do wish I had discovered them earlier in The Pandemic.

Like Wimpy's the Durham Filling Station offers comforting fast foods like burgers and dogs. But unlike, Wimpy's, the menu takes a bit more of a foodie turn. Nearly EVERYthing is homemade, and everything I've had is really good, from hot dogs to burgers to onion rings to biscuits to fatback, not to mention an amazing banana pudding.

But this is about the dogs. 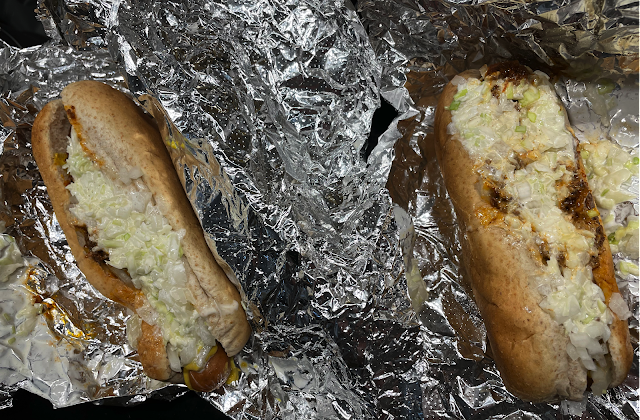 Their hot dogs are probably the best in Durham. I've had some good ones, but these are exceptional. The chili is flavorful and meaty. The slaw is decidedly better than the slaw at most other hot dog stands. The onion and mustard round out the near perfection. 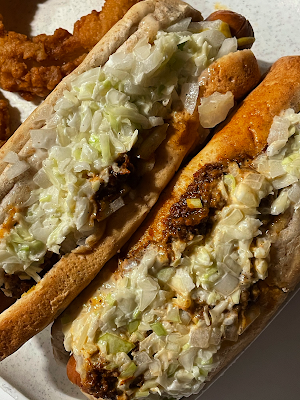 No dine-in option, but in a welcome improvement to Wimpy's, The Durham Filling Station features tables under a shelter to save you from eating on your hood or tailgate--or in your car!

The only downside is the hours of operation, Monday-Friday, 7AM to 2PM and 10-5 on Saturdays.

Posted by CarolinaHotDog at 2:45 PM No comments: